A Woman, as a Pastor? 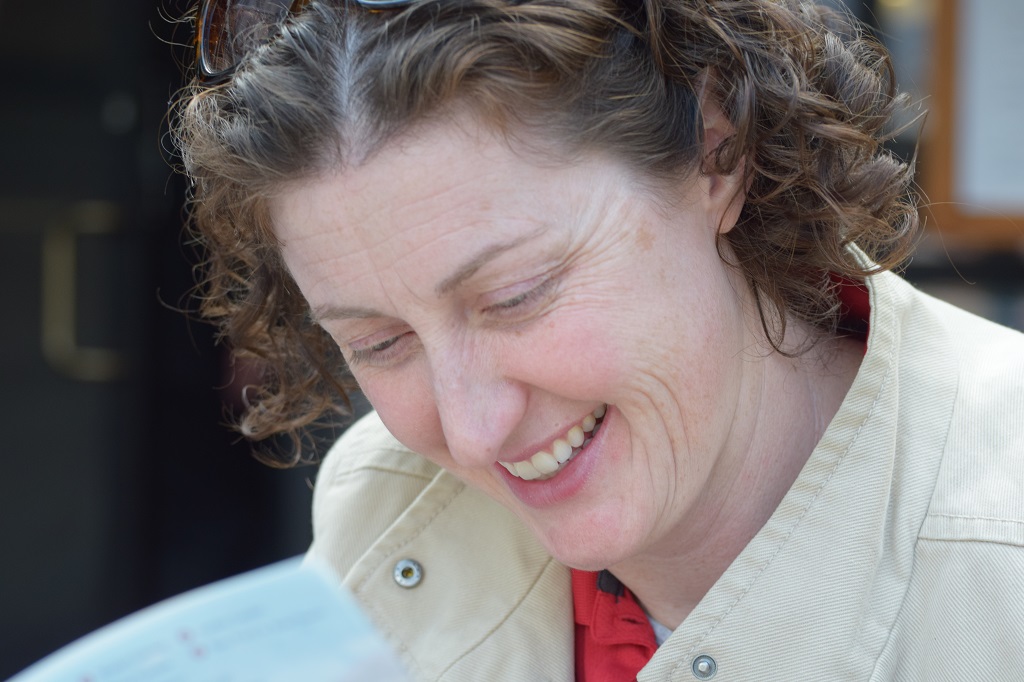 For whatever reason, it is always a surprise to me, when someone points out that women cannot be pastors. Over the years, there have been few occasions in which someone says this directly to me. Usually, it is said to one of my parishioners, and usually, they do not know how, or with what to respond. At the very least, the statement is off-putting to a person, who is in practice, a member of a church, whose pastor is a woman. It is because of this awkwardness that I am writing this article, for it is inconceivable that such a minor thing should be left unaddressed and thus offend someone.

One of the best responses to such an allegation, came from Eddie L. Hyatt, who holds a Master’s in Divinity. He had just completed a teaching session in which he had explained why I Tim. 2:11-12 does not prohibit women from functioning in leadership roles in the Church. One student, who was obviously disturbed, challenged him with a question, “Can you show me one place in the New Testament where a woman ever functioned as a pastor?” To which, Hyatt replied, “If you will first show me one place where a man ever functioned as a pastor!” The student was stunned. He could not think of a single example.

The reason for that is…there aren’t any!

In the New Testament, those that seem to be functioning as pastors were called ministers, servants, helpers, or fellow laborers. In Romans chapter 16, Paul greets many of his friends, such as Pheobe, who is called “servant (minister) of the church which is at Cenchrea”, Priscilla and her husband, Aquilla are listed as having a church in their house, and Junia (feminine name) is listed as, “of note among the apostles”. Over and over throughout this and other letters to the churches, Paul commends both men and women in their service to God. He also makes very clear in his letters that there is “neither Jew nor Greek, there is neither bond nor free, there is neither male nor female: for ye are all one in Christ Jesus…” Gal 3:28.

What generally stirs people to refute women in ministry is that most do not understand what it even means to be a minister. Ephesians 4:11-16 supplies us with what we call the “five fold ministry”. In this letter to the Ephesians, Paul states, “…and He gave some, apostles; and some, prophets; and some, evangelists; and some, pastors and teachers; for the perfecting of the saints, for the work of the ministry, for the edifying of the Body of Christ: Till we all come in the unity of the faith, and of the knowledge of the Son of God…”. These callings are not listed as positions of power, but rather of servitude to the church, The Body of Christ.

The word ‘pastor’, appears exactly nine times in the King James Version of the Bible, eight are in the Old Testament book of Jeremiah, and one in Ephesians. It means shepherd. Literally, a keeper of sheep. In no way does a shepherd usurp authority over anyone. A shepherd leads. Sheep follow. In contrast, a goatherd does not lead. Because goats must be driven, a goatherd walks behind with a pointy stick. Pastors are not goatherds. Peter explains in I Peter 5, “The elders which are among you I exhort….Feed the flock of God which is among you, taking the oversight thereof, not by constraint, but willingly; not for filthy lucre, but of a ready mind; Neither as being lords of GOD’s heritage,but being examples to the flock. And when the chief Shepherd shall appear, ye shall receive a crown of glory that fadeth not away…yea, all of you be subject one to another, and be clothed with humility: for God resisteth the proud, and giveth grace to the humble…” This makes clear that the relationship that a pastor has with his or her flock is one of Godly example, as an humble under-shepherd.

Another reason people struggle with recognizing women in ministry, is due to I Corinthians 14 and in I Timothy 2. In both instances, we must read the whole letter in order to understand the context in which these issues were addressed. Also, in both instances, we do not have their letters to him, but we do know that his letters were a direct response to a number of issues about which they had asked him directly. As Christian believers in modernity, we must guard against reading into Scripture what we want to see, and even what tradition has informed us to see, instead, prayerfully taking the letter as a whole into consideration, as well as the author’s other writings, so that a full picture can be formed.

It is no coincidence that in both cities, female deities were worshiped, and the Gentiles that worshiped them had no other life experience that prepared them for Christianity. This Christian way was a very new experience! The Corinthian women were desirous to know more about this Jesus way that made them pure again, so Paul made certain in a general way that in the Corinthian church, the women were not to be disruptive in learning about the things of The Spirit, and specifically asked that they wait until they got home to ask their husbands questions, rather than in the middle of worship. In Paul’s letter to Timothy, he speaks more specifically to an individual situation. We know this, because the entire letter to Timothy is personal. Paul clearly defines this letter, not as a universal system of church order, but rather to instruct and encourage his “son”, as he dealt with false teaching that was being circulated among the Christians in Ephesus. It is no surprise then, that Paul’s words change from the plural to the singular and then back to the plural in this passage. It is evident that he had a specific woman in mind who was primarily responsible for spreading the false teaching in Ephesus!

All of the New Testament authors have a vision of equality in regards to gender, nationality, and ethnicity. They make very clear that humble, submissive love is what holds us as “members of the body” together. Submission in the context of relationship, however, is key. Women are not to submit to all men, but rather, wives are to be subject to their husbands, and all members of The Body of Christ are to be subject one to another, every one of us, “in honor preferring one another”…Romans 12:10.

It would seem then, that there is no Biblical reason for a woman to be rejected in any pastoral, evangelical, prophetic, apostolic, or teaching role. Even so, cultures that are openly antagonistic toward feminine leadership should be handled carefully and prayerfully. Whoever and wherever you are, the key to leadership within the church is humility.