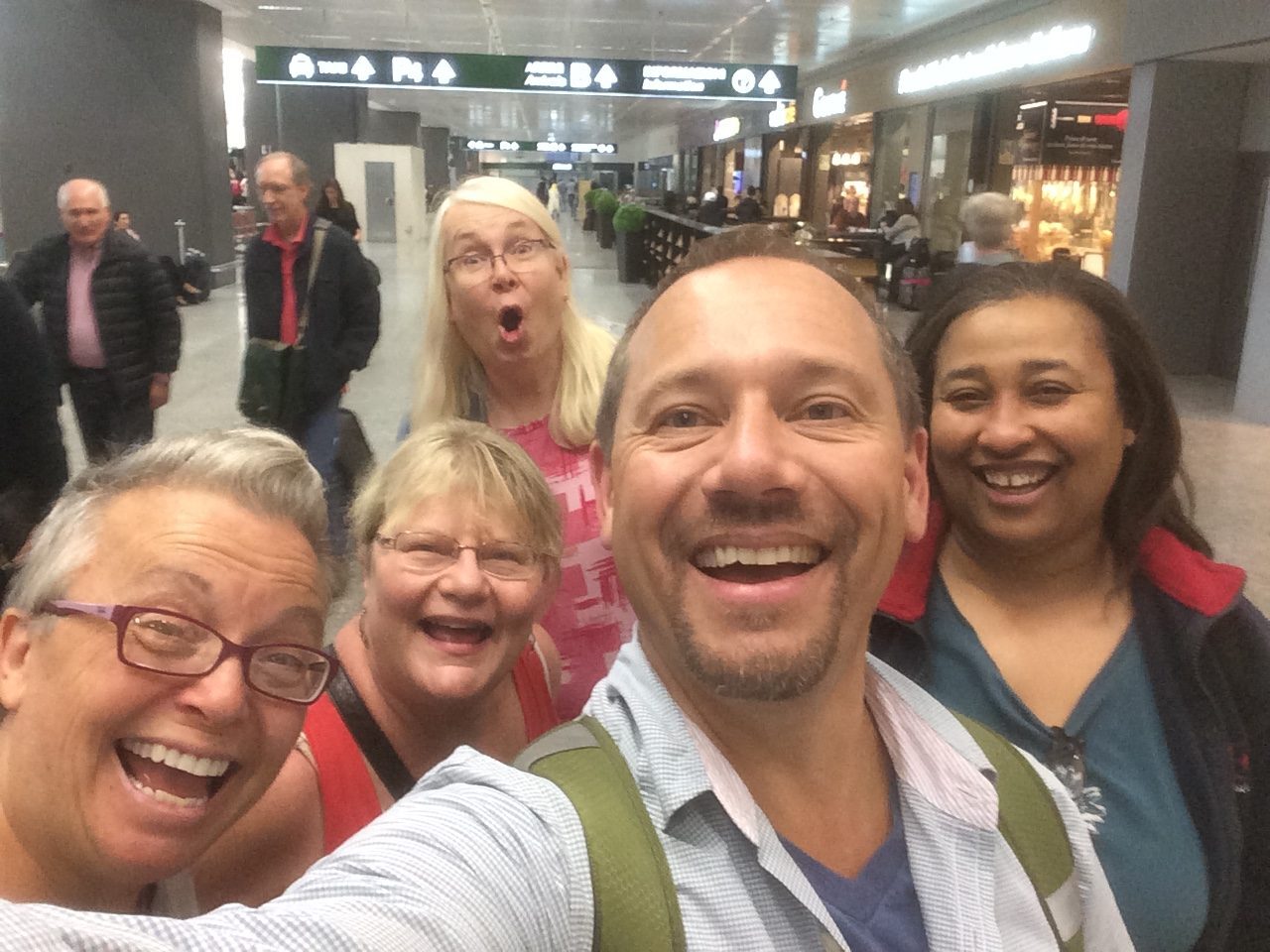 Our mission team to Milan, Italy recently returned from the trip. Three of us committed to travel to Italy to support our missionary, Alisa Brown – we call her Al, who lives in Milan for about three-fourths of each year. An early indicator that this trip was meant to happen and would be one of faith were the plane tickets. The price of these tickets was running around $1,100. On a Saturday a couple months before we were to fly to Milan the tickets dropped to $650.! So we purchased the tickets and were locked in on our dates.

We found out this next aspect when we arrrived in Milan. Deborah Brown, no relation to Al, another missionary to Italy who is also an award winning film maker lost her next project as well as a place to live. So Al, invited her to stay at her apartment. Deboarah arrived a few days before we did which gave the two of them time to make a plan. Deborah decided to use her time while we were there to bless us and make a short video of our week in Milan! God is good to supply us an unexpected blessing!

On the morning we were set to depart, one of our team members had a bad case of vertigo. So we drove out to pick her up trusting that God would make a way. This happened without making us late to the airport as well! When we approached the airline desk to check our luggage we found out that our flight was running behind; enough so, that it would make us miss our next flight in Charlotte. The airline offered us to call a van to drive us to Charlotte but we would have to pay $55. for each of us. We waited on God and eventually He supplied – the same agent offered to have the shuttle take us to Charlotte for free!

While this was happening, another agent told us that there was a problem with a team member’s ticket. She said she couldn’t fix it but we continued to wait on God. It took some time and made us squirm a little knowing that the delay could cause us to miss the next flight. But the ticket problem was fixed and we were off to Charlotte. This allowed our sick team member time to lay down in the van and sleep.

The sickness, the plane running behind, the ticktet issue, and the possibility of missing our flights all allowed us to rely on God. We sent messages out and the church began to pray – from Asheville to Italy, people of God were holding us up in prayer. What an awesome God! What an awesome family of believers!

We arrived in Charlotte in time to check our luggage and run to the gate. We boarded immediately but we were still on time. Our team member had another bad vertigo attack on this flight but by the time we arrived in Miami was improving.

Our next flight was fairly smooth, if not a little warm, but we arrived a head of schedule in Milan!

Each day we walked about 3 to 5 miles, on prayer walks, meeting Italian brothers and sisters in the faith, encouraging others, praying for others, being prayed for and encouraged right back, learning what the Lord is doing with the body of Christ in Italy, and being blessed to be a part of it. It was an amazing time together.

Once we returned to the states, two of our team members became sick. One from an inner ear infection, which would explain the veritgo; and the other from pink eye and then bronchitis. The fact that neither of these two were sick and held down in Italy is one of those blessings from God. There were a host of things the Lord had for us to do while in Italy and He kept us healthy during those long active days. He supplied what we needed when we needed it.

Yes, God could have healed us without needing to be sick upon return to the states. But, this allowed both team members other opportunities. Sometimes, we need to just remember to be present no matter the circumstance – to wait on God and see what He is going to do. It isn’t an easy thing to wait on God with the realization that everything might fall apart. But that’s when God can really show you what He can do!

As we attempt to be present and allow God to be on time, every time. We encourage you to do the same and to walk by faith. Faith that our God is big enough to take care of all the little details to ensure that you are on time for all that He has for you.

What we experienced in the Church in Nepal and the vision that God has given them.